Part of the Community

The Coonabarabran Bowling Club was first started in 1945 with the official opening in January 1947. The Club has a membership base of approximately 1200, consisting of bowlers and social members.

The Club is situated just off the main highway in Edward Street, close to motels and shops in Coonabarabran NSW.

The town has a population of approximately 3,200 people and is nestled at the foothills of the Warrumbungle Mountains on the Newell Highway, main route between Melbourne and Brisbane.

There are no upcoming events at this time. 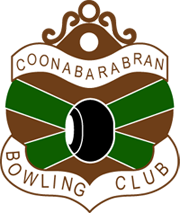